I don’t know if I’m doing the right thing, I don’t know if I’m saying the right things either. But I’m going to say them anyway, because I’ve kept these to myself (and a few close friends) for awhile now. I know I’m probably missing the point by saying these out loud, and in this manner (especially the first), but writing AND publishing this helps me be more honest with myself. I don’t see anything wrong with being open to things you are still discovering (self-awareness is everything!).

1.) I could be Gender Fluid. I don’t really remember when it dawned on me. I was raised by a Mother who was very vocal about her appreciation of Women (my Mom was a ball of sunshine, everything she said about other Women were good things – she always pointed out the best things about them and even when she’d point out their flaws, she’d do it in a way that makes you embrace them), and was always so supportive and was a strong ally of the LGBTQIA community. Years before she passed, I had asked her what she’d do if she ended up finding out one of her Children were gay and she said “So what?” and shrugged it off like it’s no biggie, like it’s supposed to be (because it really shouldn’t be a big deal!). ANYWAY, I thought it was mostly just me appreciating my fellow females but then it turned to something deeper — I think. Although, there isn’t an encounter YET that made me confirm this, it is an instance I am definitely willing to accept, with arms wide open — should it occur. I’m not going to force or pressure myself to confirm anything at this point. I’m not going to experiment or kill the curiosity, and let things take its natural course. If it turns out that I am not, then I am not. I really don’t mind. It does feel good to tell the world that I don’t really care about labels. It’s a big fat FUCK YOU to all my friends, and the rest of society who are homophobes too (and a slap on the face to my 17-year old self who once wrote about sitting next to a Lesbian couple on my way home from school and not liking it. It’s sad that I used to think that way, but it’s good to know I’m in a place where I can admit my mistakes and embrace the person I probably am today). I REALLY JUST DON’T GIVE A FLYING FORK. I am what I am. My Husband accepts this (probable) part of me, and it’s more than enough, really.

2.) I’m a Deist. Most of my experiences with Religious Gatherings have been traumatizing. I do not see the point of being part of a Religious community where there is just SO MUCH “POLITICS” going on, where people just tear each other down, or use God to glorify themselves. I’m not saying all churches / communities are like this but personally, I’ve seen enough (and I really don’t want to spiritually, emotionally and mentally invest on people or rely on them to better understand my Creator/Faith). It’s mostly done more damage to my personal relationship with God than bring me closer to Him. I’d rather strengthen what I have on a personal, spiritual level than go along with a bunch of people who take advantage of their self-proclaimed POWER. No thank you. I’m also not going to base how Bible Teachings are perceived by other people (the worst thing is when people TWIST the words of the Bible without even studying them? Like … nope). People who use the Scriptures to drag people down, to raise themselves up, and all the horrible things they do in God’s name, NOPE NOPE NOPE. Not going through that anymore.  I’m not going to shove my beliefs down anyone’s throats nor will I force people to turn to God in times of sorrow (even when it has, in fact, gotten me through the worst days of my life – but it was something I worked out on my own. People who come to me and tell me “you need God in your life”, acting like they’re above me or has their shit together … the last thing I would need is to  feel judged). The last thing people need is for someone to say, “look at me, look at how shiny I am, this is because I read the Bible and go to church”. My personal take on this is : If you know and believe in God, you know that He would like people to know Him through YOU, his child. Be kind, be kind — that is all the world needs at this point. Don’t push people to religious gatherings, don’t force them to pray, don’t force them to read the Bible. Let people reach that point in their own terms. LOVE PEOPLE. Teach them love. That really is what life is about. Through that, you have brought God and God’s love to them. At the end of the day, all that matters is that you’ve expressed and spread good. Do that, and you have shared God with the world. He loves EVERYONE, even the Atheists.

3.) Drew and I do not intend to procreate. We came to this conclusion after seriously talking about it for about a year. Yes, it is mutual (it did take awhile before it actually became mutual, though. He’s changed. I’ve changed. People change). I only feel bad about it because I know how much our parents want a grandchild, but I would be a wreck if I gave in and decided to go against what is natural for me (which is not having a child, based on who I am as a person, who Drew and I are as a couple), and do what other people apart from the two actual people who are supposed to raise a child, want. Why should I bring a precious, precious being in the world to cure and prevent whatever wave of trouble will be coming our way as Husband and Wife (suggested by people as a solution when Drew and I were on the brink of filing for annulment a couple of years ago)? Why should I see my life’s purpose and reason of existence in the eyes of my own child? This world is not a place I would want to bring a child into. At least not mine. I’m not built to handle such a challenge. I have nothing against people who procreate (my best friend / soulmate / sister Ayah’s children are pretty much my own, Maya and I love them more than life, and I would take a bullet for them), but my OWN? I am not in the right state. At this point I want Drew and I to deal with our own personal issues as INDIVIDUALS, that, to me is our utmost priority. I will not pass on the responsibility to an innocent baby. Sure, there are a ton of things I would like to teach another person (made with our own flesh and blood), and I’m sure all those sleepless nights and tears would definitely be worth it, but that is not reason enough for me to sacrifice my life, Drew’s life. If we want to stay alive, we have to be selfish. He and I are those people, and we’ve embraced it.

4.) I’ve been “dealing” with Depression since College. I’m not sure how to even phrase this. Dealing with? Living with? Living in? But you get the picture. I’ve had countless of attempts, and years of self-harming under my belt, something I am quite proud to admit. Maybe because I like the attention I get (to know that people actually care), maybe because I like people to know that they’ve hurt me, that I am fragile, and that I have been on the brink of finally letting my physical self die along with the rest of me that’s been killed by the world years ago. One painful experience after the next. I wrote a lengthy entry about this part of me here, in case you’d like to read about that.

Well — feels good to get that off my chest.
Hello, my name is Abbie. I believe we’ve officially met.

My Truth On Depression 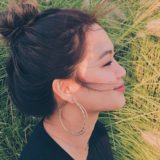 “Comfortable” Is Not The Enemy

@@abbiealmasco Hey Fronds, I’m in the middle of “setting up” (more like reviving) my YouTube Channel — would mean a lot if you gav… https://t.co/HwNMDbLxMI
Tweeted on 6:08 pm Jan 15
@@abbiealmasco Finally devouring Bridgerton tonight 🥺
Tweeted on 3:37 pm Jan 08
@@abbiealmasco Why is Cobra Kai so good 😩💛
Tweeted on 2:34 pm Jan 08