The year was 2017. Sometime in November, I tweeted this: 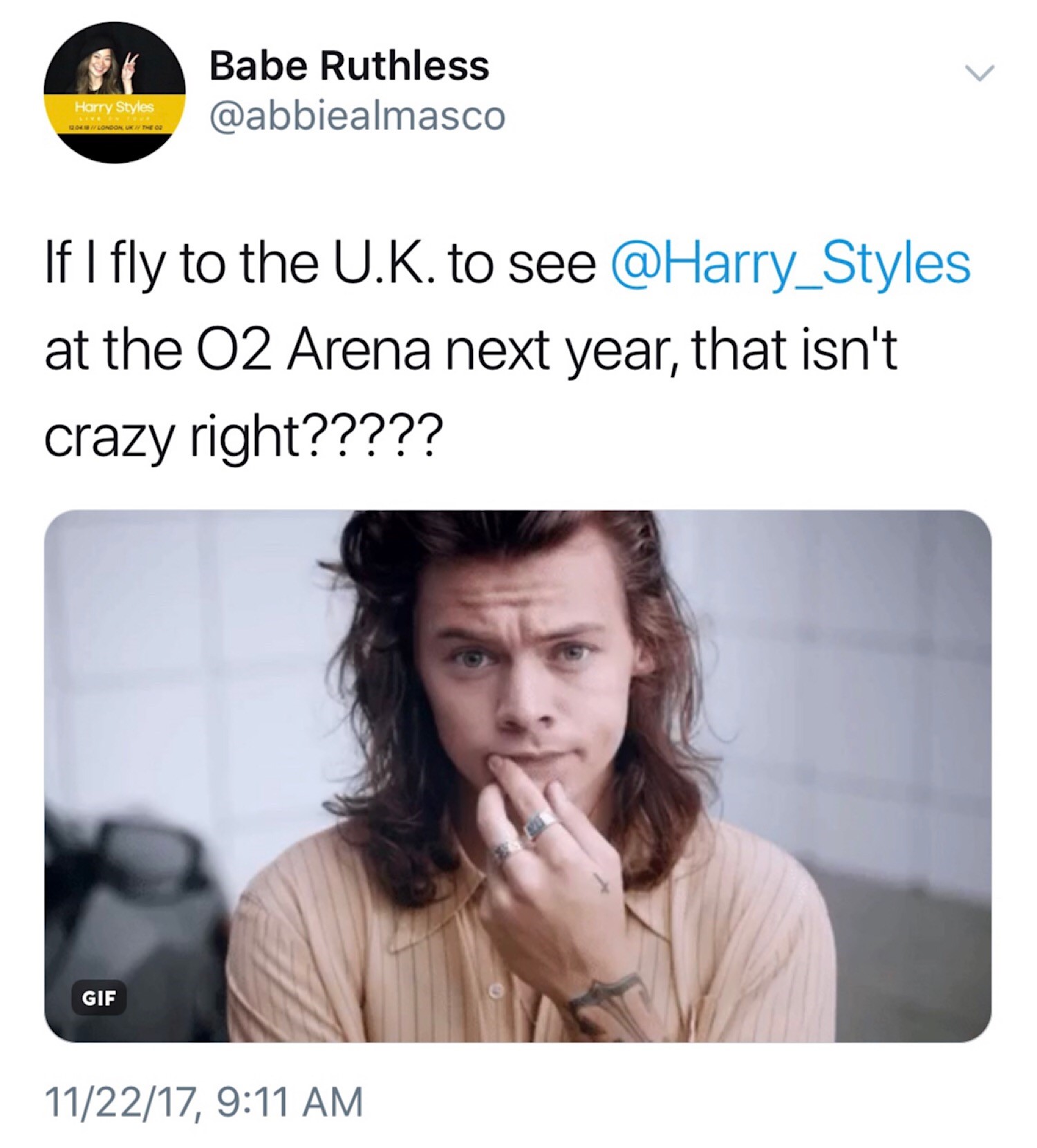 I flew all the way because I did not want to miss out on the opportunity to be part of Harry’s first ever World Tour. I love him so much, he deserves all the love and support from us, and this is the least I could do. I wish I could be like Ruth (I can’t call you a stan if you don’t know who Ruth is), and go to every stop and Concert, but my Wallet can’t allow me to do that, plus I don’t live in Europe, and I can’t up and leave work (not complaining too, I love my job).

I arrive in the U.K. on Wednesday, a day before the Concert (I wrote about my Shenanigans here). People who knew what I was doing was wondering how I’m watching a Concert alone. It’s pretty simple if you ask me : just … do it.

I got a VIP Ticket because of the Goody Bag (and the proximity to the stage — wish I got “barrier” though, but s’all good), heh. I also get to have this souvenir : 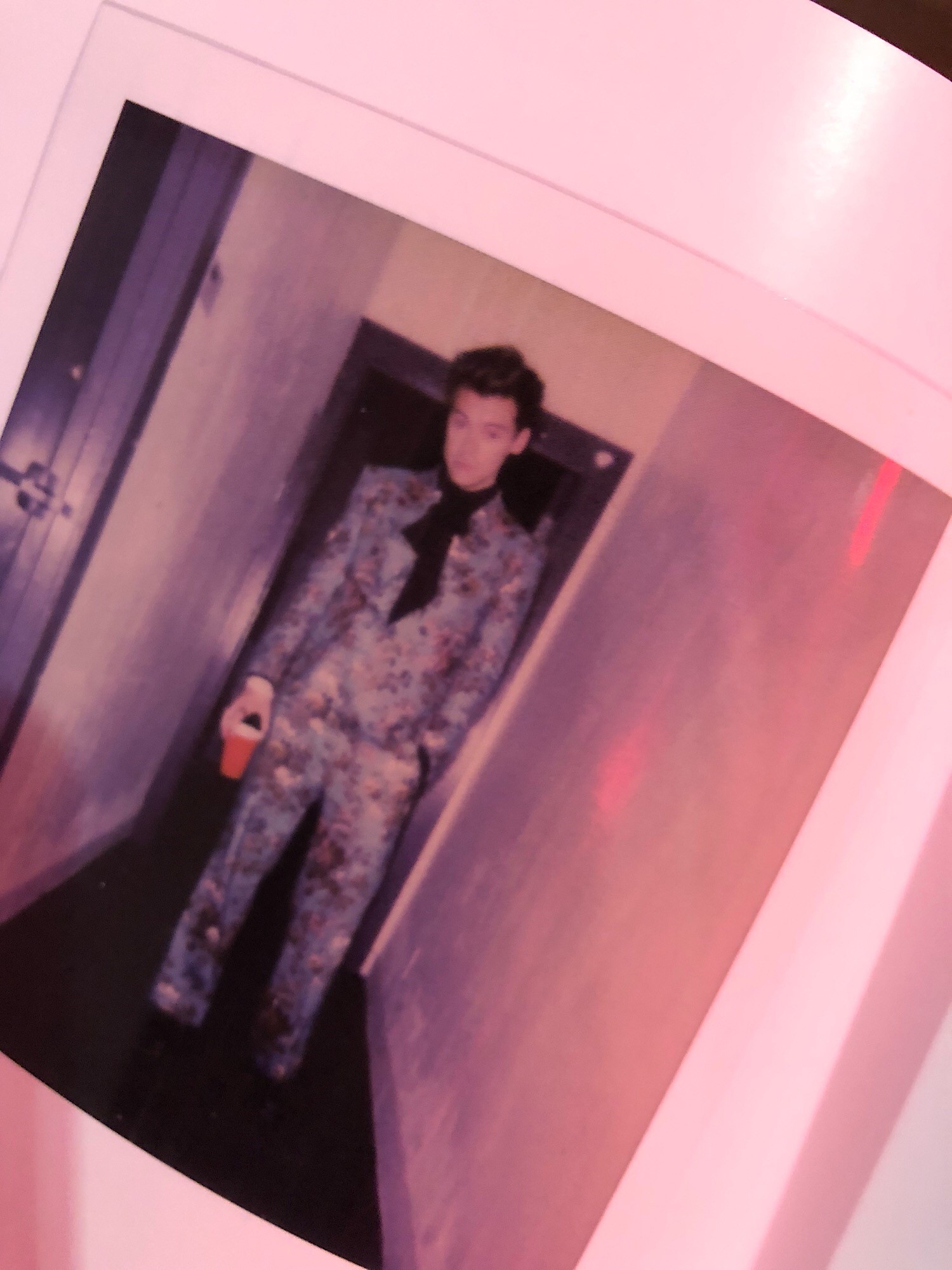 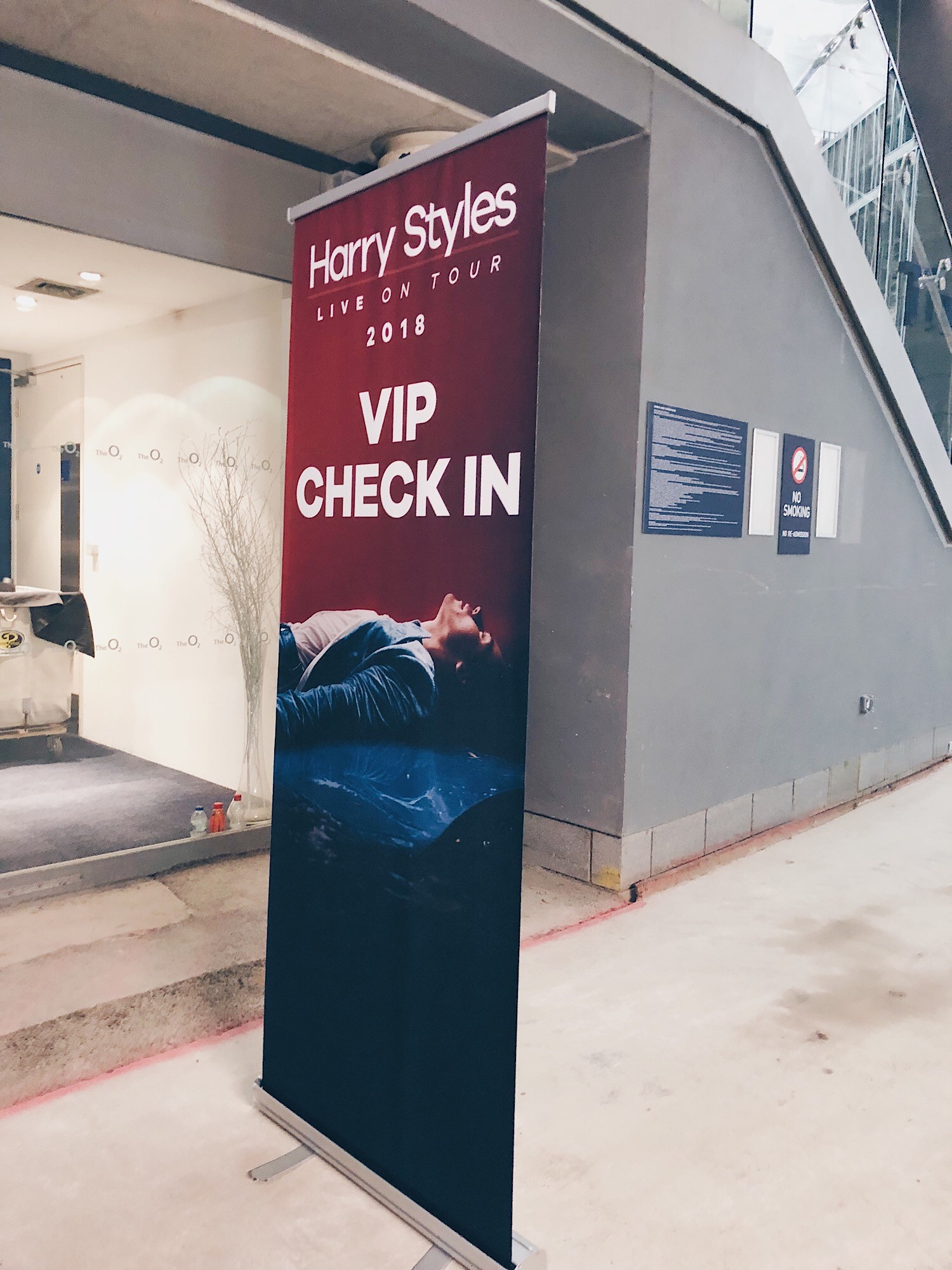 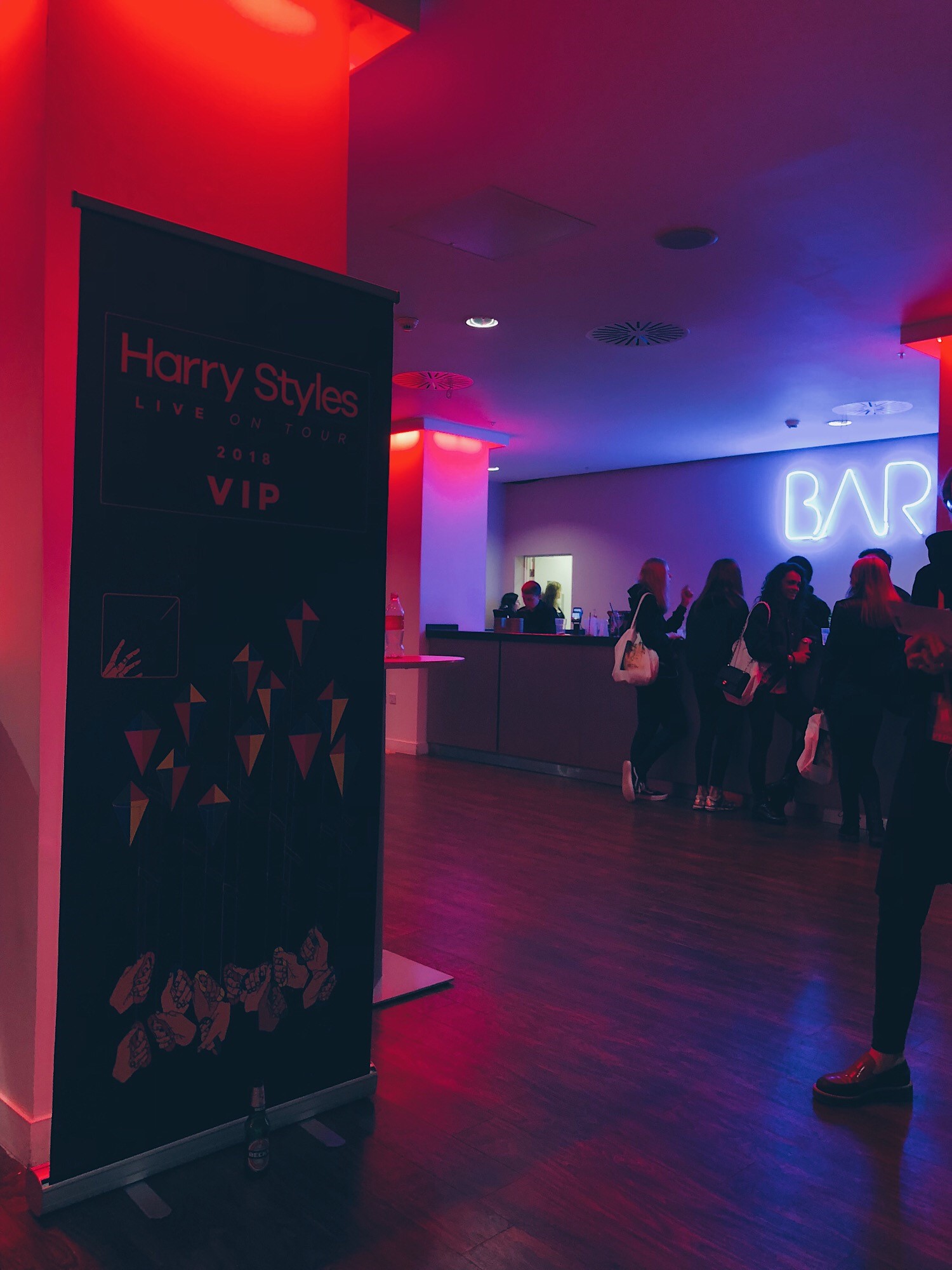 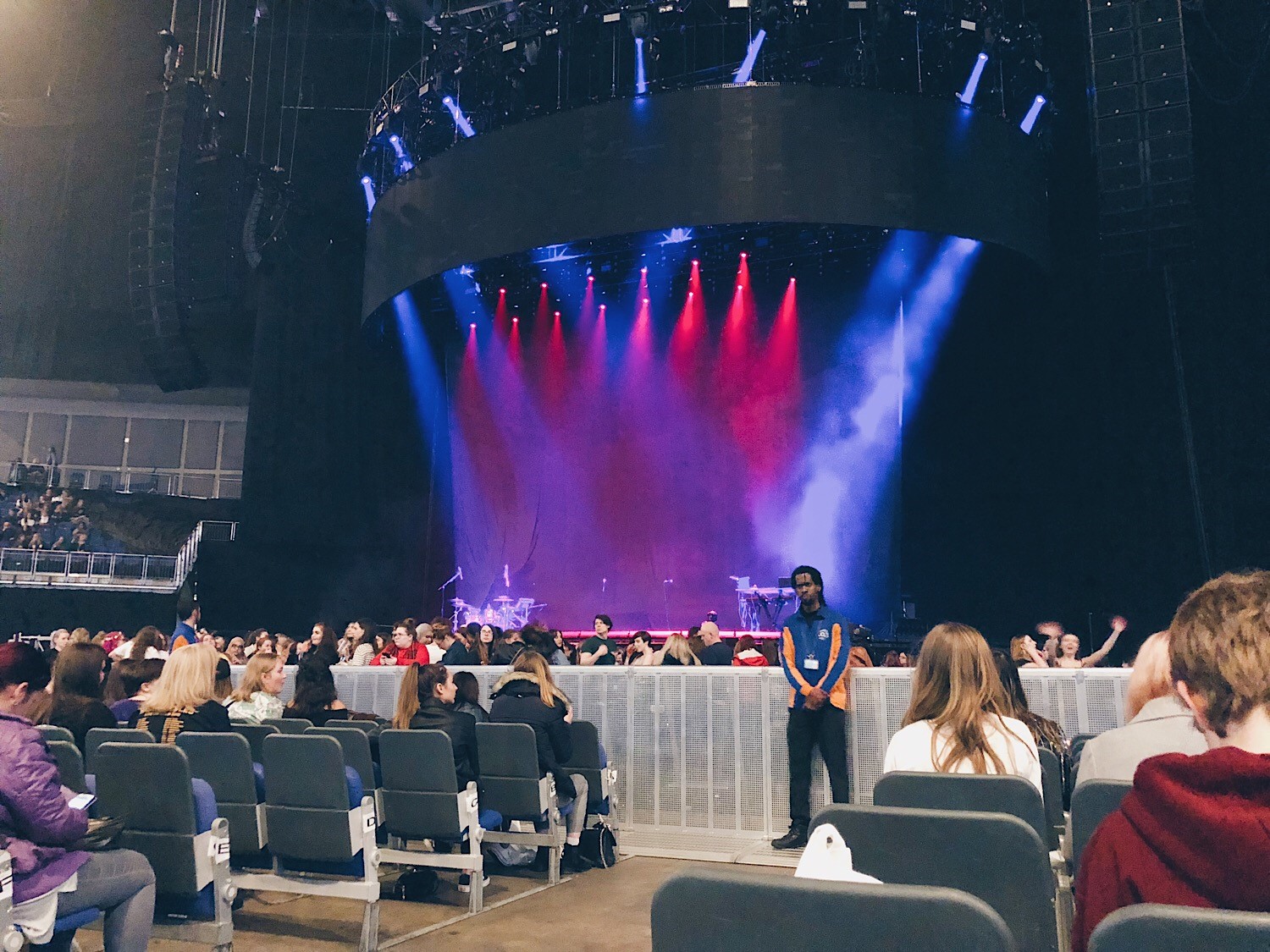 I manage to make chums inside the arena, an hour before Harry came out, I sat next to E (Teddy, as she likes to be called), who managed to calm my nerves before Harry appeared (I was partially not there because I just … I couldn’t believe it), as well as Sabrina, Beatrice, Jamie, and her friend (I’m so bad with names, I’m so sorry I forgot!). As soon as Harry appeared I lose all sense of being. It’s so surreal to see him, just feet away from me. I wanted to pinch myself so hard, instead I end up dancing it all away, spreading more enthusiasm and … I don’t know, LOVE? I made a sign that he didn’t see (Security asked me to put it down too, because people behind me couldn’t see, which made sense).

I still couldn’t believe it to this day that I actually saw Harry Styles in the flesh. All those years of obsessing over him (shamelessly, may I add), the times he brought joy in my life (countless), it’s all worth it. 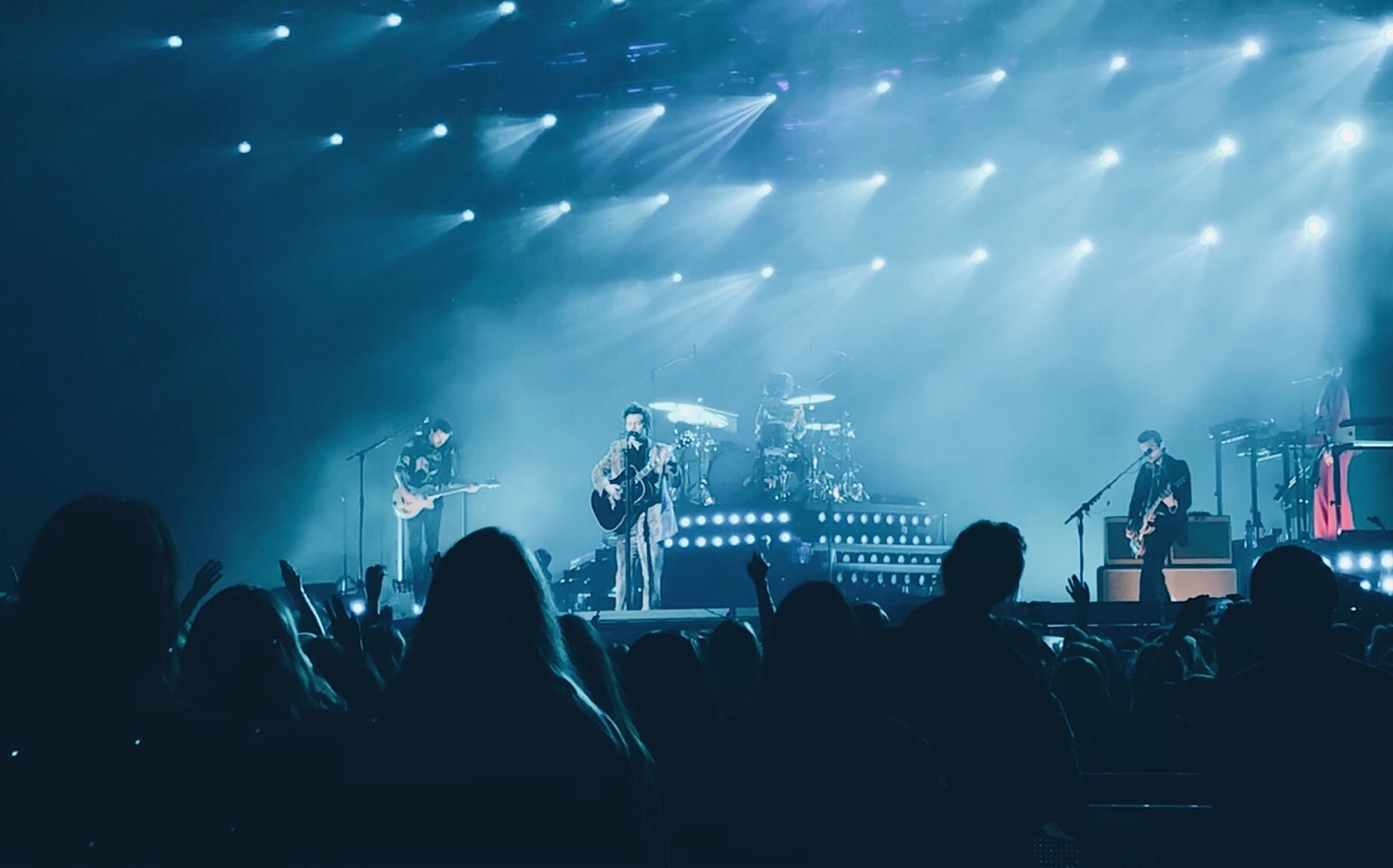 Golden comedic moments by our all-around Artist and Performer :

It’s true whenever Ruth thanks Harry for giving her the opportunity to meet people and go to all these places. I’ve only been to London during his Tour, but it allowed me to get to know people in the arena he’s performing at. As an introvert, that’s definitely a lot, and definitely stepping out of my comfort zone!

Harry’s is the only recent concert I went to without hesitation. Dancing to all his songs (crying during “Ever Since New York”), jumping to “Stockholm Syndrome” (SO GLAD I GET TO HEAR IT LIVE, just when I thought I won’t because the boys are on hiatus), it’s everything. If I’m being completely honest, it’s almost been a month since but it hasn’t even sunken in yet. I think it’s my defense mechanism because I won’t be able to deal with the fact that that part of the tour is done, and I’ve experienced it, and can’t really live in it forever. I would live in that arena forever with Harry, and the thousands who support him because I felt nothing that night but LOVE.

Honestly, I would have taken more photos or videos (at least prior to the Concert, I’m very satisfied with what I caught during because I was definitely living the moment) but I was just so anxious (the best kind of anxious?) that I couldn’t function very well.

One lesson learned : NEXT TIME, GET TO THE PIT. IT’S FUCKING WORTH IT.

I hoarded so much Merch, too! NO FORKING REGRETS.

I can’t wait to see you again, Harry!!!! Definitely making it to your next tour!!!!! I LOVE YOU SO MUCH!

I Don’t Believe You When You