(started drafting this on the 19th of July)

I started hanging out with a new group of friends which I’ve all met through my smoking sessions (thank you, Ciggie Breaks!). It felt good to actually be (responsibly) out again, any window that would allow me to feel a bit of normalcy, I appreciate.

I imagined the collective internal eyeroll before I tell them I’m a Romantic (thankfully, my words have fallen into far more accepting ears than I had anticipated … except maybe Austin. AUSTIN DO YOU HAVE A PROBLEM ABOUT ME BEING A ROMANTIC? LOLJK). To be fair, I think I got too intense about “The One”, which none of them really believe in. “You have a higher chance of winning the Lottery, mate“, one of them said (Lel, Woody — how dare you?). I think I looked dead in the eyes at that point.

That’s the thing, though … Why figure out your “whole life” when you don’t even know what’s going to happen tomorrow? BUT — the choices you make now MATTER, because WHEN (not if) ALL THESE THINGS END, would you really like your last thought to be, “I wish I had done this, done that”, etc.? Would I want to one day be a Grandmother talking to her Grandkids, indirectly saying, “Ooooooooh Children, there was once a Man, who is not your Grandfather … who made me feel like every single day was the last day of my life even if all we did was watch TV all day and stuff ourselves with Pizza. It was in the sense that, say, if I had died that night, I knew I had lived a full life.”

I REFUSE. Please, do not let me be someone who settles into life having a relationship that solely gives me material stability. I’m not going to lie, but who wouldn’t want to marry rich, right? Or be with someone who looks good on paper — who, when people see me with him would be like “Oh, good catch there, ma’friend”. But … I don’t want just that.

Basically the conversation ends up with them sort of convincing me to stop being a romantic (I know this was not their intent, but from my side of the room, it felt that way — and I’m not saying it’s a bad thing. A part of me agreed with them). I think I remember feeling like I had been slapped in the face. I am surrounded by realists, I knew this.

But the next day I hang out with my friend Patrick, and we continue the conversation from the night before, talking about how “we make up our own meaning of happiness”, and although it was (also) not his intent, my thoughts went directly to how I defined “Happiness”, for myself, not what Society has dictated to us since birth.

And then I panicked.

See, this all started when I was about 6 years old. I don’t know if I had Disney to blame, watching Aladdin and Pocahontas and seeing people get swept off their feet, and not long after, watched Baz Luhrmann’s Romeo and Juliet that made me into the dumb Romantic that I am today. It’s the forking “first meeting through the Aquarium” for me, forking fork. I’m 34 years old and that scene still gives me the shivers. The best kind of shivers. And don’t get me started on the Elevator Kiss. Holy Mackarel.

IS IT MY FAULT THAT I ACTUALLY ENDED UP EXPERIENCING WHAT THAT’S LIKE, AT 33 YEARS OLD, ALBEIT UNEXPECTEDLY?

NO. It was no one’s fault, something as beautiful and pure as this? How can it be something we are to blame on another person, or situation?

Point is, I’ve experienced it. I know it exists. I know it is possible. The struggle is going all Casper on this whole thing is strong as fork.

But fuck all that. You know what, at the end of the day, I LOVE. All that disgusting, gooey, lovey-dovey crap that most people are allergic to, is bleeding out of me. Maybe it’s dumb, but dammit if a meteor hit us right this second, I have fucking won. I fucking won the moment I took that leap of faith, because I was being true to myself, and my heart. NO.FUCKING.REGRETS. Cannot regret having experienced the most beautiful thing in my life, ever.

Why am I publishing this entry? I don’t know. But it feels good to think out loud, as usual. I guess I just wanted to introduce myself : Hi, my name is Abbie. I am still a romantic — a hopeful one, not hopeless, and this is the hill I choose to die on. Thank you. 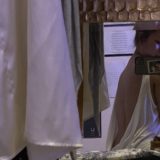 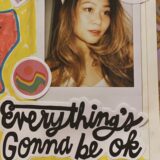