Despite where this is tagged under, you aren’t asleep. It’s 10AM on a work day, and you’re in a meeting.

“What happens then? You know? It’s scary.”

I agree with that. It is. If anything, I live my life in constant fear. Constant fear of never ever feeling as happy as this until my time on earth is up. In his own way, I feel like I’m worth something, somehow … deserving of something as good as he is and all the good he brings, even with his imperfections. I adore every single bit that makes him who he is.

“What happens then?”, is a question that constantly rings in my head since I was asked it two nights ago. “What happens then? Who knows, but we’ll be happy, because we’ll have each other, and we’ll fight through the shit the world throws at us together”, But I didn’t say that, as I tend to keep those thoughts to myself … because I had no right to say them. I could not ask that of him. I could not. He means so much to me, that I couldn’t … it could lead me to losing him. I would rather take what I can while he is able to give what he can give.

I don’t want to lose him, but I could only do so much. All I could do is make as much memories with him, make him laugh more, let him make me laugh more. Hold his hand more, let him hold me more. For as long as he wants. And if he gets up in the morning one day and says he’s done, I … won’t hate him for it. I don’t blame him. I can’t. I’ve put him through so much already.

He wants me to talk to him about these things, but I can’t, because he’s as sensitive to my needs as sensitive as I am to his, and I know it would bother him if I actually told him, let alone … it would scare him away. But I had to let it out into the world somewhat. Some days, the journal just won’t do.

I know I have to tread lightly and not overstep my boundaries, as hard as it is — because nothing good comes out of that. I hope I do it right and not appear too cold or detached. God, if only he could read my mind. I just have to be … very careful.

I don’t want him to think that he’s the reason for the other not-so-good things happening in my life, too. I hope there was a way for me to make him understand, if anything — he saved me.

He saved me. I hope that doesn’t scare him away. I  hope he knows what it actually means for someone like me to be saved.

I hope I don’t fuck it up and scare him away.

This Does Have A Nice Ring To It 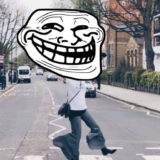 This Does Have A Nice Ring To It 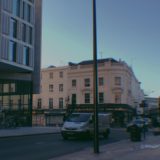