A little over a month ago, I started deleting photos of myself in a Bikini from my Instagram account. I became uncomfortable when an acquaintance tagged a friend of his (who I don’t even know) in one of my beach photos. I know people lurk all the time, so this shouldn’t come as a shocker, but it was a wake-up call.

Then the “BRA INCIDENT” happened, which triggered a lot of feelings, and was an even worse wake-up call. I proceeded to delete almost all of my beach and workout photos, except the ones taken reasonably far away.

We are all fighting for our right to express ourselves in whichever way we see fit without the fear of being generalised and labeled, without fear of harassment. I was once a soldier of this cause, and I still am — only I’ve decided to take a different approach.

So many support Kim K for her willingness to express herself and her confidence the way she feels like. When the whole thing went down, I knew where Bette Midler and Chloë Moretz were coming from, but I also understood where Kim was coming from. It all goes down to respecting each person’s perspective on things. Both parties had valid points, but it is Kim’s body, therefore, she calls the shots. If we don’t like the way she does things, then we have the choice to look away, and tune it out.

People see Middle Eastern culture and beliefs oppressing to Women because of its laws. Being someone who has grown up with it, I am kindly disagreeing with everyone else. Yes, I would like Women to have a voice, I would like their concerns to be heard, I would like for them to drive, etc., etc. — but there are reasons why these laws exist, and it is something I definitely respect, knowing the kind of world we live in. If the government chooses to slightly alter or modify these rules for us, that would be awesome. If they choose not to, I don’t really have a problem with it either. But that is another topic for another day.

I have always appreciated the responsibility of remaining “covered” when I step out of the house. It is said that Women should be treated like the most precious jewels. If you look at it from the ugly perspective, you’d scream “Fuck Patriarchy!” and I am with you on that — but not for this particular reason, at least for me.

Don’t get me wrong, I’d still be wearing my short shorts when I’m back home in the Philippines or elsewhere, or when I’m hanging out with friends, where they see me in real time, not immortalised. I’d also still probably post Beach photos on my Snapchat — where I have selected viewers, if you know what I mean. People I actually know-know. So what if I’m in my skimpy short shorts or 2-piece Bikinis.

The way I see it, I am approaching things by owning my body the way I want to own my body. It’s not giving men power, it is in fact — taking it away from them, that’s the whole point of the POWER OF CHOICE. People often think that staying covered or dressed conservatively is a form of oppressing Women. And believe me, that is something I would like to change. Hopefully I live to see it unfold. But the reality is that Women are still treated as JUST Women. Some of us aren’t cut out to fight it the same way Society says we should. Yes, I posted that photo of me in a Bikini, not for the hopes that you would take a screenshot or probably fantasise about me. I posted it because I was feeling good about myself. Because I was feeling sexy. I am allowed to feel sexy. We all are. I even published an entire entry about it. I cannot keep trying to fight for my right by owning my body the way I usually do — not when I know I am constantly going to be taken advantage of. I don’t want to risk myself in that manner any more.

To be clear, I still have nothing against people who decide to show off their bodies on the Internet. I totally support it, 100%.

But as for me — I’ve settled with the decision that I am okay with putting a limit to all this, at least on social media. I know it’s way too late, but there’s nothing wrong with (finally) wanting to preserve parts of yourself, especially for THE ONE who really deserves to see it. 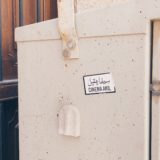